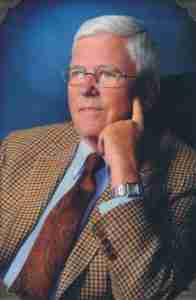 Ray Bentdahl was born in 1937 on a tenant farm four miles south of Hanska, MN. Raised on an 80-acre farm in a one-room house without electricity or running water, Ray’s entrepreneurial spirit took hold at a very early age. When he was nine years old he purchased and raised 50 chickens, which he sold to purchase 250 ducklings. He was twelve when he partnered with his 5-year-old sister to purchase and raise 600 turkeys, which they later sold for a substantial profit. In 7th grade, Ray received a bank loan (co-signed by his dad) to purchase a pregnant sow. This was also a successful venture.

Ray continued to use his solid work ethic and creative business acumen throughout high school and college. He worked a variety of jobs so that he could defray the cost of an education at Luther College in Decorah, Iowa. He sold shoes, suits, Bibles, pots and pans, and even rented out his car to fellow students. In order to raise enough money to get married, he obtained a bank loan to buy 4,000 turkeys to raise and sell. Ray left Luther College with a degree in economics and his lifelong partner, his wife, Shirley.

At the age of twenty-nine Ray purchased his first bank in Hokah, MN, later adding eleven other rural banks. In 1977 he moved his family to Edina when he purchased the Americana Bank in Minneapolis.

Ray was known by his peers as a businessman of utmost integrity and he exhibited exceptional generosity, monetarily and of his time, to a variety of charitable organizations. Ray funded projects at Luther College including an outdoor amphitheater known as Bentdahl Commons. He also started the Bentdahl Scholarship Foundation, which is designated for a New Ulm student who attends Luther College. A member of the Board of Regents, he received Luther’s Distinguished Service Award in 2009.

Ray Bentdahl passed away suddenly in 2012 leaving a legacy of business integrity, community service, and thoughtful philanthropy. New Ulm is proud to call Ray one of its own.