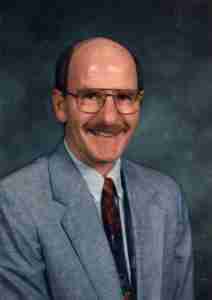 Jim Zetah’s role at New Ulm High School was not that of a student but as a student advocate, mentor, and confidant. He was a guidance counselor for 26 years. During those years, Jim changed lives.

Jim was born in 1935 in Henryville, MN where he lived on a family farm. He went to the University of Minnesota and earned a bachelor’s degree in agriculture education. Following his time at the university, he worked at a high school for one year and was drafted into the Army before becoming a teacher and coach at Cathedral High School in New Ulm. He transferred to New Ulm Junior High School for two years to teach biology before beginning his career at New Ulm Senior High School as a counselor.

Most guidance counselors focus on career and college planning and academic advising, but Jim knew that in order for his students to achieve, they needed to be heard and understood. So, Jim listened. He counselled with an open door, built strong and trusting relationships with the students, and showed genuine concern and support for those students when they needed someone to be there, but during and after school hours.

Aside from working with students, Jim took on extra responsibilities planning and presenting at Partners in Prevention, a chemical-dependency prevention retreat held at high schools throughout Minnesota. He and four other ISD88 counselors also developed STABLE: School Team Approach for Better Living for Everyone. In this program, high school leaders work with elementary students to mentor and teach them positive life skills. Jim served on the Brown County Protection Team, taught graduate courses on counseling at Minnesota Sate, and initiated New Ulm’s Life Living Series. Brown County Mental Health Services hired Jim in 1998 tornado destroyed parts of the county. He provided emotional support to people during this time.

Jim believed that everyone had worth. He wanted people to see the worth in themselves and know that they would be able to achieve greatness. To help remind people of this, he cut out wooden circles and used a wood-burning pen to write the letters IALAC: I am lovable and capable. He handed these out to people who he saw struggling with feeling of self-worth.

Jim left this earth at the age of 68. He spent the majority of his life helping people. The help he provided for his students, family, friends, and strangers had a ripple effect. Those ripples reach far and wide and are still spreading today. That is how you change the world.