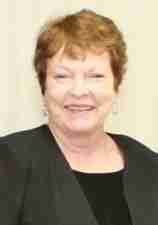 Sometimes the ones that affect the most change in the world are those that do it quietly. Teacher, Author, and Librarian Nancy Noyes Silcox knows a thing or two about both. Nancy’s personal interests and career have led her all over the world

In high school, Nancy achieved early success in music, speech, and the arts. When she started college she knew that she wanted to be a theater major and in 1967 she graduated from the University of Minnesota with a major in Speech and Theatre and a minor in Library Science. Her varied career started as a Peace Corps volunteer teacher in Guyana, South America. She has served as a Head Librarian in schools in Egypt, Belgium, and the Ukraine.

Nancy and her husband were New Ulm’s first couple to volunteer for the two-year Peace Corps service. Her assignment was to teach first grade geography and creative dramatics in an elementary school. The years she spent as a volunteer in the Peace Corps in Guyana taught her many lessons and set a direction for her life. She learned tolerance and respect of other people and cultures, she learned to be curious, and she learned that all people have similar goal and wants for their families.

After nine years in Egypt, Belgium, and the Ukraine, Nancy returned to the United State to Virginia where she has remained. She was a finalist for the National Library Media Program of the Year in 2003 and was nominated for the Teacher Historian Award in 1990 where she won first runner-up. In 2013 she published the first and only biography of the civil rights lawyer Samuel Wilbert Tucker.

As Nancy herself said, “The path my life has taken has not been a traditional one. I’ve not stayed in one place a long time and helped to build one community. Instead, I have experienced many different communities and have tried to make a difference wherever I’ve lived.” We are proud that Nancy began her career of making a difference right here in New Ulm.