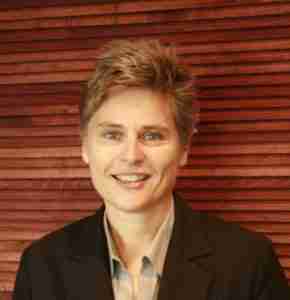 Mary Moriarty lives a life that all people should try to emulate. As the first female Chief Public Defender of Hennepin County she daily makes a difference as an advocate for those who do not have a voice. She sees the humanity in all people and has dedicated her life to changing the world for them.

Mary was well loved by her teachers at New Ulm High School. An active athlete, she was awarded the top Female Athlete Award by the New Ulm Club her senior year. She participated in every choir ensemble she could, played trumpet in band and jazz ensemble and was a member of the Payne Street Singers.  As a senior she received the prestigious Eckstein Music Award. She emerged as a quiet leader, speaking up when something seemed unfair or when she felt situations could be improved.

Mary attended Macalester College in Saint Paul and double majored in Political Science and History. During her junior year she worked as a law clerk and made the decision to follow in her father’s footsteps to become a public defense attorney. Mary graduated from the University of Minnesota Law School in 1989 and went on to work as a law clerk, law professor, and public defender. Mary works tirelessly for those in crisis, striving to understand her clients and their situations so she can bring them justice and empower them.  She has made it her goal to reach those who are not typically afforded adequate defense and to make equal justice a reality not only in Minnesota, but also all across the country.

Mary is actively involved with an organization called Gideon’s Promise. This is a non-profit group that trains public defenders so those who cannot afford to hire counsel will be able to receive fair trials. Mary has impacted thousands of public defenders who, in turn, have helped hundreds of thousands of low-income defendants. She also has worked with the Innocence Project, a group that “exonerates the wrongly convicted through DNA testing and reforms the criminal justice system to prevent future injustice.” Mary travels the country, giving speeches and lectures on trial skills, intent on teaching other defenders to stand up for the disadvantaged.

Mary Moriarty has lived her life devoted to bringing justice to all people. She is compassionate, honest, hard working, and committed, values that started here in New Ulm. She has taken these qualities and is using them to make a positive difference in this world.