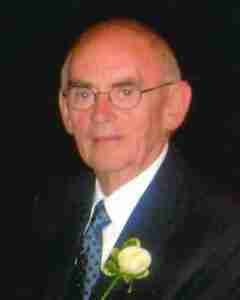 Franklin Foster Stuckey was born in 1935 in Tracy, MN to Percy and Avice. Upon graduation from Slayton High School in 1953, he attended South Dakota State University at Brookings, SD. During his time there he married Marilyn Anderson. After graduation, Frank began teaching Agriculture Education, first in Westbrook, MN and then at New Ulm High School until his retirement in 1993. It was here in New Ulm that Frank gave most generously of his time and shared his experiences and knowledge.

Former principal, Thomas Wilson said, “Mr. Stuckey was a master teacher”. Frank led the largest high school agriculture program in Minnesota but did not boast about that. Instead, he focused his time and energy on improving student programs so that they would be the best. Males and females alike felt welcome in his classes even though this was at a time when women were not always treated equally. Frank invited everyone in, taught them what he knew, and reveled in what he did. His students, in turn, enjoyed him as a teacher.

Frank stretched himself between teaching, managing his own apple orchard, and volunteering at Our Savior’s Lutheran Church and the New Ulm Sertoma Club. He was also one of the founders of the Farm City Hub Club. He stepped up after Nicollet and Brown Counties were struck by a devastating tornado in March of 1998. Frank and close friend Bill Koeckeritz started an organization, Friends of Brown County Agriculture, and led volunteers in the removal of tornado debris from farm fields in Brown County. Over 6,000 volunteers were involved and, because of their efforts, farmers did not lose an entire year of harvest. This is just one of the many ways that Franklin showed his love for the community. In 1999 Franklin led the re-forestation program for the tornado affected farm sites. In 2014 the New Ulm Baseball Association honored Franklin by inducting him into the New Ulm Baseball Association Hall of Fame.

Franklin was a role model to his students, children, grandchildren, and great-grandchildren, along with the many individuals whose lives he touched through his service. This caring man wore many hats, and he wore them well. As Thomas Wilson wrote, “New Ulm Agriculture Students and New Ulm area farmers simply hit the jackpot when he was hired to lead their program.” They did, indeed.