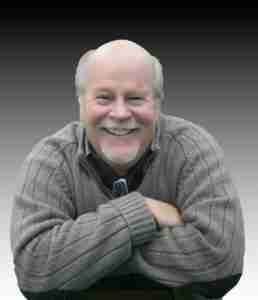 “All the world’s a stage”. We have all heard this famous quote by William Shakespeare, but some people take the metaphor to heart. Robert “Kent” Knutson is one of those individuals.

Kent Knutson graduated from New Ulm High School in 1970 where his talents as a performer were already evident. He was an accomplished singer, soloist, and leader with the youth singing group, The Menagerie. He is remembered as being dramatic and artistic and a good dancer. He is also fondly remembered from his time as a lifeguard and swimming instructor at the outdoor pool in German Park.

After graduation from the University of Minnesota in 1974 Kent went on to a prolific and successful career in the arts. He is an award-winning director and producer of more than 200 shows and a published writer of original works. Over his 39-year career in education at Blaine, Anoka, and, most recently, Minnetonka High Schools, he impacted the lives of thousands of students. They have spoken of him as a “powerful force of energy” and “a very kind director, and we all respect and love him for that.” Many of his students have gone on to earn their own awards and have their own successful Broadway, television, and other performance careers.

In addition, Kent has founded not one, but two, community theaters, first in Blaine and then in Minnetonka. Under his guidance, the Minnetonka Community Theatre has grown to include a summer musical in which hundreds of actors and families participate in outdoor theater. Since 2013, Kent has been the Artistic Director of the Old Log Theater in Excelsior, Minnesota.

Kent has been inducted into the Minnesota State High School League Hall of Fame and has received numerous awards including the Governor’s Award for Excellence in Education from Governors Perpich, Carlson, and Ventura; Commendations from the Guthrie Theater in 1996, 1999, and 2000; Certificates of Excellence for Promoting Fine Arts Education from the Department of Education in 1996, 1999, and 2001; the Teachers Recognition Award in Theatre from the US Presidential Scholars Program and the US Department of Education in 2011; and I could go on and on.

“All the world’s a stage…And one man in his time plays many parts”. Kent has lived his life on the stage and has played many parts in life and in the lives of those he has directed.