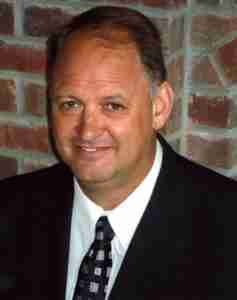 Professional baseball player Willie Stargell once said, “When they start the game, they don’t yell, ‘Work ball.’ They say, ‘Play ball.’” This quote can accurately describe 1980 New Ulm graduate Terry Steinbach’s outlook on life and the game that made him famous.

As a young boy, Terry and his brothers grew up playing baseball in their backyard and watching the Brewers and Kaiserhoff teams play at Johnson Field. He was always an excellent athlete playing football, hockey, and baseball, as well as running cross country, but at a young age he began to stand out as a baseball player. Terry played baseball for the VFW, the American Legion Baseball team, and was a starter on the New Ulm High School Baseball team as a freshman. When Steinbach graduated from New Ulm High School in 1980, he had already been drafted by the Cleveland Indians but decided to follow his brother Tom to the University of Minnesota to play for the Gophers. Terry played ball for three years as a Gopher, eventually becoming MVP of the Big Ten. He was again drafted by a major league team, the Oakland Athletics, in 1984, and after some time in the minor leagues, he began playing for the Athletics in 1986 and was their starting catcher in 1987. Terry played for the Athletics for ten years and for the Minnesota Twins for four. He is a World Series Champion (1989), member of the American League All Star Teams (1988, 1989, and 1993), and All-Star Game MVP (1988). Since retirement, Terry has coached high school baseball, been a commentator for the Minnesota Twins, and is currently the Twins’ bench coach.

As impressive as Terry’s on-field success is, he is also recognized by those who know him for his off- field success. Terry is a local boy who has never let fame, notoriety, and good fortune change him. He has always been, and remains, a solid community person who remembers his roots, his family, and his friends in his home town. He is a devoted family man and father and he gives back to his community. Terry funds a Steinbach Scholarship for local athletes in New Ulm, contributes generously to the New Ulm High School Baseball Boosters fund, and donates his time for various other fundraising efforts.

If baseball is America’s past-time, New Ulm is proud to be represented by Terry Steinbach.